Eating whole, raw vegan foods are said to help slow the process of aging. A raw vegan diet has shown the power to detoxify the body, reverse degenerative processes, and deliver the important nutrients needed to sustain optimal health. When implemented properly, a good, balanced raw vegan diet may not only increase your lifespan; but boost your energy and even ward off diseases like cancer, diabetes and others.

Eating these foods and excluding the harmful ones that age the body, may very likely keep you young, vibrant, and free of disease for years to come. When you eat a raw vegan diet you get all of this: vitamins, minerals, live enzymes, fiber, amino acids, antioxidants, anti-carcinogens, phytosterols, plant hormones, and many other compounds with high healing potential.

In this video, I will about how and why you should be eating a raw vegan diet, especially if you want to prolong your life and feel healthy in your aging years.

But just so you know, there are some who say that a raw vegan diet is not good for you. I will get to that at the end of this video, so be sure to stay to the end to learn about some of negatives of eating raw vegan.
Now let’s begin with why a raw vegan diet is considered such a healthy way to eat and live. 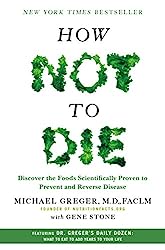 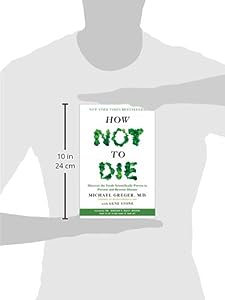 How Not to Die Discover the Foods Scientifically Proven to Prevent and Reverse Disease
Read more...
Buy Now

One reason to eat raw vegan is to detoxify and protect against toxins in our modern world. We know that chemicals that we pour into our bodies have a cumulative negative affect on us.  You may have heard of someone being allergic to an artificial sweetener, and getting terrible migraines every time they try to drink diet soda.
Or maybe you or a family member has a food allergy.  Food allergies can lead to stomach troubles, rashes, and a host of other maladies. Sometimes it can be as simple as gas; and other times you can be struck down with terrible pains and diarrhea. When you switch to a raw diet, nearly all these issues disappear.

So what do you eat if you choose to eat only eat raw vegan food? It means sticking to only natural foods, which, ideally, should be grown organically and locally. That way, you can be sure of the soil they were grown in, and the food is unlikely to have herbicides and pesticides. It also means you will not be eating meat or dairy as a vegan.
Essentially, a raw vegan diet shuns animal foods and relies on the plant kingdom to provide most, if not all the nutrients needed to live; a healthy lifestyle.

Also, typically you eat certain foods only in specific seasons, (as we used to eat generations ago), and it’s pretty much a common sense approach. As an example, if you live in the United States, corn is only available locally in the summer. So, if you eat fresh corn during the winter, it can’t have been produced locally, and is therefore not something you would want to include in your diet. Your daily diet is a function of where you live, the kinds of foods that are grown in your area; and at what times of the year those foods are grown and produced.

Now, when setting up your food for the day, here are the critical points. First, you need some kind of grain, plus a protein; a variety of vegetables and then a dessert of some fruit. Depending on your health and weight, you may want to forgo the dessert. To be honest, no matter your health, you should not have dessert with every meal.

The next item to consider is the different textures of foods. You want a blend to keep your raw vegan diet interesting. That means having something soft, smooth, crunchy and even sticky. Also for a variety of tastes including sweet, sour and so forth. Many people call this the “yin and yang” of a raw vegan diet.

So when looking at a winter diet, you could have something like the following for dinner:For the grains, raw vegans eat sprouted grains such as sprouted wheat berries, sprouted oats and sprouted barley. Remember that you can cook up to twenty per cent of your food on most raw food diet programs so consider some cooked grains like quinoa for a healthy raw vegan winter diet.

For the vegetables, you could have some beets. If you’re really hungry, try a vegan bowl with vegetables such as portobello mushrooms, red cabbage, and a couple of handfuls of raw, organic spinach, some chopped orange cauliflower and one-half of an organic avocado. For your serving of grains, throw in some sprouted barley. For your protein, add organic black beans. Top with homemade Chimichurri Sauce. So long as you maintain a raw diet that has this balance, it’s said that your health will be maintained, and you can battle the negative affects of aging.

But, there are some who say otherwise. The most often quoted problems of a raw vegan diet that is followed over a sustained amount of time, are said to be it’s nutritional deficiencies. The deficiencies include vitamins B twelve and vitamin D, selenium, zinc, iron and two omega-three fatty acids, DHA and E-P-A. To correct these, some raw vegans take supplements. The more educated raw vegan eater have been able to find the foods that provide the deficiencies such as nutritional yeast for vitamin B-12..

One other caveat is to be sure to keep your raw vegan diet full of a variety of foods year-round, and not rely single-food sources. Keep it varied, keep it seventy to seventy-five percent raw and keep it nutritious, and you just might find that a raw vegan diet is, indeed, the key to a longer, healthier life! 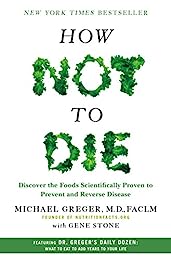