Eating whole, raw vegan foods is a lifestyle on the rise. A raw vegan diet has shown the power to detoxify the body, reverse degenerative processes, and deliver the important nutrients needed to sustain optimal health.

Eating foods that are raw and fit the vegan mold, has become extremely popular, as of late. People are finding out that going raw is not that extreme; and you truly can eat more than just salads! You can feel full when eating raw foods! You can have everything from pizza to cake as a raw vegan! Raw food is packed full of nutrients, and can be surprisingly delicious! There are so many reasons to go raw!

When you eat a raw vegan diet you get all of this: vitamins, minerals, live enzymes, fiber, amino acids, antioxidants, anti-carcinogens, phytosterols, plant hormones, and many other compounds with high healing potential.

The Fully Raw Diet: 21 Days to Better Health, with Meal and Exercise Plans, Tips, and 75 Recipes 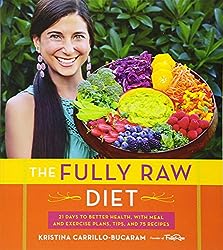 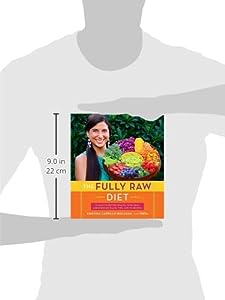 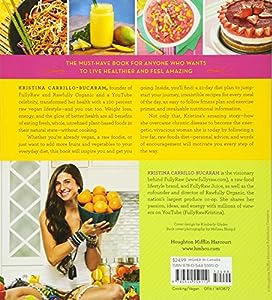 In this video, you will find 7 reasons why eating a raw vegan diet is the way to go in the twenty first century.

But just so you know, there are some who say that a raw vegan diet is not good for you. I will get to that at the end of this video, so be sure to stay to the end to learn about some of negatives of eating raw vegan.

Now let’s begin with why you just might want to consider eating a raw vegan diet.

1. Foods have a higher nutritional value when they are raw. Cooking food destroys vitamins, protein and fat. It even breaks down the enzymes which are naturally in the foods, and would help you digest them. People with acid reflux find that a raw vegan diet cures them completely of this painful condition.

2. Raw vegan foods fill you up fast simply because they contain more water and more fiber. Your hunger will be satisfied and you will be glad to find that you are eating less on the raw food diet. This is one reason why people find that they lose weight when they switch to a raw vegan diet.

3. Raw food is more flavor-full than cooked food. That means that you have less of a need to add flavorings like salt and spices which can irritate your stomach, and other parts of the digestive system. Salt and spices are said to be too stimulating for internal organs like the liver; which valiantly struggles to detoxify the body of these seasonings.

Also, less salt means that you are less likely to develop high blood pressure. We all know that hypertension among Americans is on the rise; and many have found that a raw vegan lifestyle lowered their blood pressure to more manageable degrees.

4. The raw vegan diet is low maintenance. People who hate spending hours in the kitchen preparing meals, will love the simplicity of the raw food diet. You can even involve your children in preparing raw food; that way, they are more likely to eat it! That gives you a break, and builds the child’s self-esteem as well.

5. A raw vegan diet is great for your overall health; and has even been shown to have a positive effect on that dreaded disease, cancer. This is because with the raw vegan diet, one doesn’t have the problems caused by the free radicals which are created in the cooking process. Fewer free radicals means less risk of cancer.

6. A raw vegan diet is rich in nutrients, so it gives you great natural protection against common illnesses like colds and flu; and even less common illnesses such as measles. Raw food helps to keep your body fit and working well. You are also less likely to suffer from digestive disorders like gas, heartburn, constipation and indigestion.

7. The raw vegan diet is environmentally friendly. It encourages organic farming plus we would use fewer energy resources since we wouldn’t be cooking the food. Also, an environmentally conscious raw vegan eater knows to source their food locally.

So in essence, a raw vegan diet is a great way to save your body and save the planet. 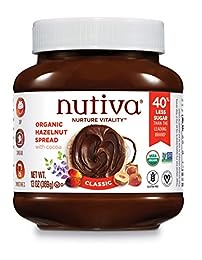 NATURALLY MADE and NUTRIENT DENSE: Nutiva Certified Organic, non-GMO, Vegan Hazelnut Spread starts with organic superfoods and blends them without the use of harmful chemicals or stabilizers, and is a source of Omega-3 fats and dietary fiber. PREMIUM... read more
Buy Now